In this article, we’ll be showing you some of the cheapest colleges in Toronto Canada for international students this year. Looking to study away from home? Canada is possibly the next big place you would want to go to.

So, you grab a cup of ice tea, sit tight, and sip slowly as you journey through this article.

Meanwhile, look through the table of contents here below for an overview of what to expect in this article.

There a number of reasons why Canada is mostly preferred to than most other countries of its pedigree. In the next few lines, we’ll see them.

Canada unarguably offers degrees that are cost-effective and much easier on your pocket when you compare its universities to top universities in the United States, the United Kingdom, and other English-speaking countries.

Canada has a reputation for one of the best education systems in the world, and its universities are no exception.

Studying in another country may be daunting, but going through the process in a first-world country, an English-speaking country is what you don’t want to miss.

Is studying in Canada expensive?

A recent report given by Statistics Canada has revealed that the average tuition fees for undergraduate international students in 2019/20 is CA$29714. This is approximately equal to US$22,500 per year.

Although these figures largely depend on the school you attend.

So, in a nutshell, we can say study in Canada is not very expensive when compared to other choice locations around the world.

How much does it cost to study in Canada for international students?

Frankly, how much it will cost you to study in Canada if you are an international student depends largely on a number of factors.

Number 1 is the quality of school and number 2 is your accommodation and supplies. Also, the course of study may also affect how much you spend.

But on average, it will cost an international undergraduate student between $8000- $22,000 each year for his studies. So, in four years he is expected to spend at $88, 000 throughout the period of his study in Canada.

Which is the most prestigious university in Canada?

There are so many notable universities in Canada but the University of Toronto has been ranked on several platforms as the most prestigious university in Canada.

Can international students get scholarships in Canada?

Yes, there are so many high-end scholarships available to international students in Canada.

If you are looking to school in Canada on scholarship, you can read through our article to find your way.

Which schools are the cheapest in Toronto Canada?

Seneca College is the cheapest and most affordable college in Toronto Canada with a minimum annual tuition fee of just $7,262 (CAD 10,169).

List of Cheapest Colleges in Toronto Canada for International Students

Seneca College is one of the Cheapest Colleges in Toronto Canada for International Students. It was founded in 1967 and has been offering a range of certificate, diploma, baccalaureate, and post-graduate degrees.

While the King campus is for students studying the applied arts and health sciences. Company and finance majors, on the other, are relegated to the Markham campus.

Students pursuing aviation majors have their own study center at the Peterborough campus, where the airport is located.

The minimum annual tuition fee at Seneca College is CAD 10,169.

OCAD, short for Ontario College of Art and Design University is the next Cheapest Colleges in Toronto Canada for International Students after Seneca.

The school was first established in 1867 as the Ontario College of Art before it was renamed to its new name.

Situated in the Grange Park district, it is the biggest and oldest school for art and design in the country for both international and resident students.

They also have access to Master’s degrees in Art Media and Design, Criticism and Curatorial Practice, Strategic Foresight and Innovation, and Inclusive Design, and many more.

This high enrollment rate for international students is attributed to OCAD’s cheap yet top-caliber educational system.

OCAD has many notable alumni which include Barbara Astman, Shary Boyle, Meryn Cadell, and Aimee Chan, to name a few.

The minimum annual tuition fee at OCAD University is CAD 10,169.

Centennial College is next on our list of affordable colleges in Toronto. The Centennial college was first established in 1966.

There are over 26,000 students at Centennial College, coming from 100 ethnic groups.

International and domestic students alike can find over 260 programs ranging from bachelors and post-graduate degrees to diploma and certificate courses.

Some of the courses students can find at Centennial College include Information Technology, Nursing, and Management of Public Relations.

Centennial college is one of the smallest colleges in Canada, yet it has stood out as one of the best schools with the most advanced technology.

The minimum annual tuition fee at Centennial College is CAD 17,160.

George Brown College is a public school of applied Arts and Technology established in 1967 and located in downtown Toronto.

George Brown College also known as GBC is one of the cheapest colleges in Toronto for international.

Some of the specific courses offered at the school include business, education, health science, and hospitality.

GBC is one of the world-class institutions that offer world-class education to international students at an affordable rate.

The school is home to over 3,500 international students. GBC has four campuses; Casa Loma, St. James, Waterfront, and Ryerson University.

Humber Institute of Technology and Advanced Learning is a publicly-funded college in 1967. It offers 150 programs, spread across 40 disciplines.

Humber has long stood out as one of the cheapest schools in Toronto for international students. It has over 27,200 students already enrolled.

The minimum annual tuition fee at Humber College is CAD 18,910.

Trent University is another school on our list of affordable schools in Toronto for international students. The school is a public liberal arts college, founded in 1964.

This affordable Toronto university is known for its small class sizes and reputable education. Due to the quality of education it provides, the school is ranked third in the latest Maclean 2020 rankings.

Champlain College is home to the Department of Political Science and Lady Eston College is the home to the departments of Philosophy, History, Women’s Studies, and Modern Languages.

The Schools of Education, Anthropology, Psychology, Sociology, and Information Science are located in Otonabee Campus.

The minimum annual tuition fee at Trent University is CAD 21,385.

Ryerson University is another affordable college in Toronto where international students can pursue their career programs. The school is located along Yonge-Dundas Square at one of the busiest intersections in downtown Toronto.

The school was founded in 1847 and has a high reputation as one of the oldest universities.

As one of the cheapest schools in Toronto, students can find a variety of degrees in Ryerson.

Some of the programs available at the school of management at Ryerson include accounting, finance, business administration, and hospitality management.

For instance, students looking to pursue a career in the Faculty of Community Services can find degree programs in health and wellness, community dynamics, social justice, and early childhood education.

Degree programs in Engineering and architectural designs are also available.

The minimum annual tuition fee at Ryerson University is CAD 27,218.

York University is Canada’s third-largest institution and one of the cheapest in Toronto. The school is home to over 6,000 employees and approximately 80,000 students.

The University of York is one of the cheapest colleges in Toronto where international students can find cost-effective career programs.

There are over 120 undergraduate degrees in various disciplines.

It is important to note that admission at the University of York is quite competitive due to its cheap tuition. York is ranked the seventh-best institution in Canada by the Maclean Comprehensive Guide.

The minimum annual tuition fee at York University is CAD 27,528.

As one of the cheap colleges in Toronto, it has students coming to study from more than 40 other denominations, despite being a Protestant college.

A survey done by Maclean in 2009 has revealed students are getting enough value and are satisfied with their learning outcomes.

The minimum annual tuition fee at Tyndale University is CAD 29,940.

According to several ranking systems (QS, Times, and US News), it is the number 1 university in Canada.

U of T first started off as King’s College and then was renamed to the University of Toronto in 1850 when it a public university.

The university has 18 faculties, offering 700 undergraduate and 200 graduate degree programs.

Interestingly about 23% of all the students that attend U of T are international students. This is so because of its top-caliber education.

The minimum annual tuition fee at the University of Toronto is CAD 37,680.

You can be sure to have your head stay aloft the waters of student loans and debts when you study in any of these cheap schools in Toronto.

We found out a number of our readers here are specifically interested in studying in Toronto so the ides of putting together this list of cheapest colleges in Toronto Canada for international students is to ensure that those seeking to study in this region in Canada get access to first-hand information to help them cut study cost.

The quality of education you get in all of these universities listed here is top-notch and you get it at a cheaper cost consider to their counterparts in Canada.

Ensure to apply now to start your journey. But if you wish to completely study for free in Canada, here are some amazing scholarship opportunities in Canada you can leverage on. 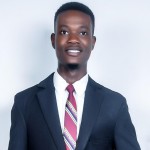