Here is a comprehensive list of English universities in Montreal alongside their admission requirements, fees, programs, scholarships and several other basic details.

About English Universities In Montreal

Back to Montreal; yes the place is crawling with French and almost all the schools there, universities and colleges alike, offer their programs in French. But, there are few universities in the area that are completely in English language and I am going to tell you everything you need to know about these schools in this article.

This article provides a list of English universities in Montreal and brief details of these schools especially in the aspect of helping you easily apply for admission and available funding programs such as scholarships, financial aid, prizes, bursaries, etc. that will help to fund your education in these universities.

Canada is globally recognized among the best destinations in the world, throwing her doors open to people from all countries interested in studying at a university in any of the cities and locations in the country.

Canadian accredited universities have quite a good reputation and as they are all globally recognized, so are the degree certificates they provide to students.

If you want to study abroad, Canada is one of the places you should really consider. The environment is suitable for learning, the crime rate is low, earn the recognition of a Canadian graduate student and you get to learn a lot from her diverse cultures. In general, you get to enjoy the overall experience of studying abroad, especially in a place like Canada.

Now, back to Montreal, since it is the major study location this post is centered on and there are few things that you need to know about Montreal before you begin your academic pursuit in the area.

Is French dominant in Montreal?

Montreal is located in Quebec and it is the second-largest city in Canada with the largest population of French speakers at a percentage of 77.1% while English speakers amount to about 7.45%. These statistics are taken from the 2016 census stats which can be found on Wikipedia.

However, even with the higher French dominancy in Montreal, there are places there that constitute mainly of English speakers such as the Greater Montreal Area where they have built a well-established network of educational, social, economic and cultural institutions.

So, as an English speaker wanting to study in Montreal, language certainly won’t be a barrier as there are people there who can converse very well in English too.

Does the University of Montreal teach in English?

The Université de Montréal, as it is actually known, is a complete French-language university. But some of her graduate-level programs are bilingual so, students who are proficient in English and also meet the French language requirement can take part in these programs.

The only degree program taught in pure English at the University of Montreal is the Vision Science Optometry master’s program.

You can find all the bilingual programs at the University of Montreal here.

Is Montreal a good place for international students?

Yes, Montreal is quite a good place for international students. In fact, according to a ranking done by QS for Best Student Cities, Montreal came first in the world. This rank considers criteria like cost of living, desirability and employer activity.

Montreal is home to over 45,000 international students and has some of the best universities in Quebec, Canada and in the world.

These should make you consider studying at Montreal and if it isn’t enough you should consider the following reasons on why you should;

This city, Montreal, has a lot of exciting experiences in store for international students. It has received a very good global reputation and is currently ranked as the second happiest city in the world should.

With all these in place, it is high time I dived into the main topic, detailed list of English universities in Montreal, although they aren’t much they are worthy of mention and have a lot to offer to both international and domestic students.

Like I pointed out earlier, Montreal predominantly a French area in Canada but, that hasn’t stopped English institutions from thriving and with that, I was able to get all the English universities in Montreal and they are just two in number.

These two are the only English universities in Montreal and I have provided more details about these schools below.

McGill University, a public research university I Canada, is one of the English universities in Montreal established in 1821. The school offers a range of undergraduate and graduate degree programs in the arts, sciences, medicine, engineering, management and so on.

The university is one of Canada’s best-known institutions of higher learning and one of the world’s top leading universities best known for her teaching excellence and research-intensive programs which would offer you real-world skills and develop your potential into a successful career.

The institution has contributed positively to the science space which has benefitted the Montreal community, Canada and the world as a whole.

McGill University has been ranked among the top leading institutions on a global scale and in Canada too, it is ranked on No. 2 of Canada’s top universities and on No. 31 on world universities according to QS World University Ranking.

For the tuition fees, it varies from international and domestic student to program of study thus I cannot give a precise fee but a range of it and it should be around what you will pay when attending McGill University.

For international first-year students of McGill University, the education cost ranges from $22,271 – $48,747 depending on the program of study but this cost covers tuition, ancillary fees, health insurance, books and supplies.

Note that these costs depend on your program of study, see other costs HERE.

There are other compulsory fees that the graduate students are required to pay every term, see more HERE.

McGill University provides series of scholarships and financial aid programs to assist academically outstanding students with their tuition while studying at the university and the scholarships are open for application to both graduate and undergraduate students both international and domestic ones.

You can see all the scholarships here and know how to go about your application and not even all of them require an application, like the entrance scholarship for example. The scholarship funds will make your stay at McGill University less expensive or even free while you study from one of the world’s top leading universities.

Concordia University is a comprehensive research-intensive university, founded in 1974 and located in Montreal, Quebec, Canada.

Concordia University is the second English university in Montreal. The university has two campuses, the Sir George Williams campus, which is the main one, and the Loyola campus. All degree programs are taught in the English language in both campuses.

Concordia University is among the most innovative universities in its approach to experiential learning, research and online education which has made her students develop their potentials and have become great contributors to the Montreal community, Canada and the world as a whole.

Concordia University has an acceptance rate of 62% with over 51,900 students including more than 9,600 international students in undergraduate and graduate degree programs.

As for the tuition fees, it varies from international and domestic student to program of study thus I cannot give a precise fee but a range of what you should expect.

There are other fees, such as copyright fees, registration fees, etc. that every student is to pay irrespective os status. You can see them HERE.

Concordia University has a variety of scholarships, financial aids and bursaries which are awarded to both international and domestic students based on outstanding academic achievement or need. While some of the scholarships require application some, like the entrance scholarships, do not.

It is important that you view these scholarships and go through the requirement and eligibility criteria before you apply, you can see the Concordia University scholarships, financial aids and bursaries here.

The scholarships and other financial aids are awarded to encourage students with high academic excellence or to students who come from poverty-stricken areas to help them get the world-class education they deserve.

This brings an end to the detailed list of English universities in Montreal, do not underrate these universities there is no way you will mention top leading schools in Canada and not mention McGill and Concordia universities.

You may probably want to consider attending any of these universities. Maybe, if not for anything, for the fact that they are the only universities in Montreal that teach all programs in the English language. These schools are probably the only schools in Montreal where non-french speaking international students have a fair chance of admission. 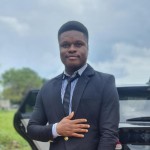